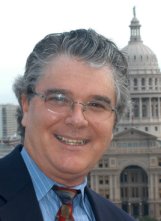 Mr. Winn is a shareholder in the firm of Martinec, Winn, Vickers, P.C. and practices in the areas of consumer leasing, franchising, mergers and acquisitions, and general business law.

He is a member of the Texas and North Carolina state bars.  He has a B.A. from Davidson College (1969) and a J.D. with Honors from the University of North Carolina  (1976)

Mr. Winn taught business law at the University of Texas at Austin from 1976-1982 as an assistant professor.  He has been in private practice in Austin, TX since 1980.

Mr. Winn has the following professional awards and affiliations:  various teaching awards from the University of Texas College of Business Administration (1978-1981); 1993 Pro Bono Award, Volunteer Legal Services of Central Texas; Who's Who in Finance and Industry, 1984; American Arbitration Association Arbitrator (10 years); numerous industry awards presented by the Association of Progressive Rental  Organizations, including Lifetime Achievement Award (1996);   taught over 200 legal seminars to the rental purchase industry since 1981.

Mr. Winn has over 300 published articles primarily in the areas of consumer leasing and rental purchase and school law.

Last Updated July 27, 2016 This site was built & is maintained by Tech ByGeorge