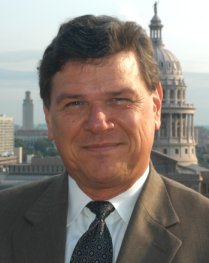 Mr. Martinec has been in private practice in Austin since 1973, and has frequently written and presented articles on bankruptcy, creditors rights, the effects of insolvency on estate planning and family law and related matters to advanced courses sponsored by the State Bar of Texas, the Travis County Bar Association and the Western District of Texas Bankruptcy Bar Section. Mr. Martinec has also been named by his peers to Best Lawyers in America from 1991 through 2016.

Last Updated November 5, 2015 This site was built & is maintained by Tech ByGeorge